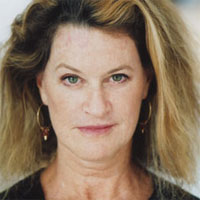 JANE COMFORT is a choreographer, writer, and director known for issue-oriented works integrating text and movement. Since 1978 she has created over 60 dance/theater works, most of them evening-length, that have been presented throughout the United States, in Europe, and in Latin America. Recent works include the company’s Bessie Award winning 40th Anniversary Retrospective produced by La MaMa with Lumberyard, You Are Here, commissioned by the American Dance Institute and presented at The Kitchen, NYC, Altiplano, also commissioned by the American Dance Institute and presented at La MaMa, Beauty, a dance theater work about the cultural pressures surrounding women’s physique, attire, and appearance, An American Rendition, commissioned by NPN and NYSCA and voted a Best of 2008 Performance by both WNET Sunday Arts and Gay City News.

Jane also works in theater and opera, and choreographed the Broadway musicals Passion, by Stephen Sondheim, and Amour, by Michel Legrand as well as Shakespeare in the Park’s Much Ado About Nothing (2005) and the Off-Broadway musical Wilder at Playwrights Horizons. Her choreography for Lyric Opera of Chicago’s production of Salome with Deborah Voigt in the title role was reprised at the Saito Kinen Festival in Japan in 2010.

She received a 2018 BESSIE Award for her 40th Anniversary Retrospective and a 2018 Lifetime Achievement Award from The American Dance Guild.  She received a 2010 Guggenheim Fellowship for the creation of a new dance work, Beauty, a BESSIE Award for Underground River, a Collaboration Award from the Coalition of Professional Women in the Arts and Media in 2006 for her collaboration with composer Joan La Barbara on Fleeting Thoughts, a Doris Duke Award for New Work in 2000, and a Habie Award for distinguished service to the arts from the University of North Carolina in 2003.

Jane was a board member of The Field for 20 years, was an artist advisor to Bates Dance Festival, and was a founder of the Gender Project.  She was the 2009 artist mentor to the Sugar Salon, which supported emerging female choreographers.

“The guiding spirits behind the theater of mixed forms are often choreographers…Jane Comfort is one of the most fertile minds in this genre.”