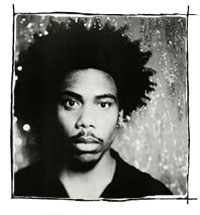 Carl Hancock Rux is a poet, playwright, recording artist and author of the novel “Asphalt”, which was recently acquired by Simon and Schuster. Rux has received numerous awards, including a 2002 New York Foundation for the Arts award and the NYFA Gregory Millard fellowship, as well as the Nuyorican Poets Café’s Fresh Poet prize and a Bessie Award. He was selected for the New York Times critics’ list of “Thirty Artists Under the Age of Thirty Most Likely to Influence Culture,” as well as the Village Voice Literary Supplement’s list of “Eight Writers on the Verge of Shaking Up the Literary Landscape.” Rux’s debut CD of poetry and music, Rux Revue (Sony Music), was selected by The New York Times as one of the top ten alternative music CDs of 1999. His plays have been staged nationally; his new play, Smoke Lillies and Jade, is in development at The Jospeh Papp Public Theater, and his recent playTalk won two 2002 Obies. His poetry has been commissioned by the Alvin Ailey American Dance Theater, Marlies Yearby’s Movin’ Spirits Dance Theater and Urban Bush Women, among others.